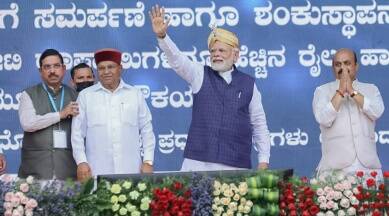 New Delhi : At a time when protests against the Centre’s newly inaugurated Agnipath scheme have spread across the country, Prime Minister Narendra Modi on Monday said that several decisions may look unfair at first, but help in building the nation later.

“Several decisions look unfair at present. In time, those decisions will help in building the nation,” PM Modi said while addressing an event in Bengaluru. He, however, made no direct reference to the Agnipath scheme during his speech.

This comes at a time when the Army has issued a notification for induction of soldiers under the Agnipath military recruitment scheme. The Army stated that the online registration on the force’s recruitment website is mandatory for all the job aspirants under the new model and that it will commence from July.

Meanwhile, over 500 trains have been cancelled on Monday in view of the Bharat Bandh called in parts of the country over the Centre’s new recruitment scheme. The Railways has suffered a major loss of property due to arson and rioting by the protesters over the last five days.

Congress leaders have sat on a satyagraha at Jantar Mantar in New Delhi to express solidarity with the armed forces aspirants protesting against the Agnipath scheme. Some Youth Congress workers were detained after they blocked a train at the Shivaji Bridge railway station near Connaught Place. Parts of Delhi witnessed traffic jams as the police have tightened security across the city and its bordering areas.