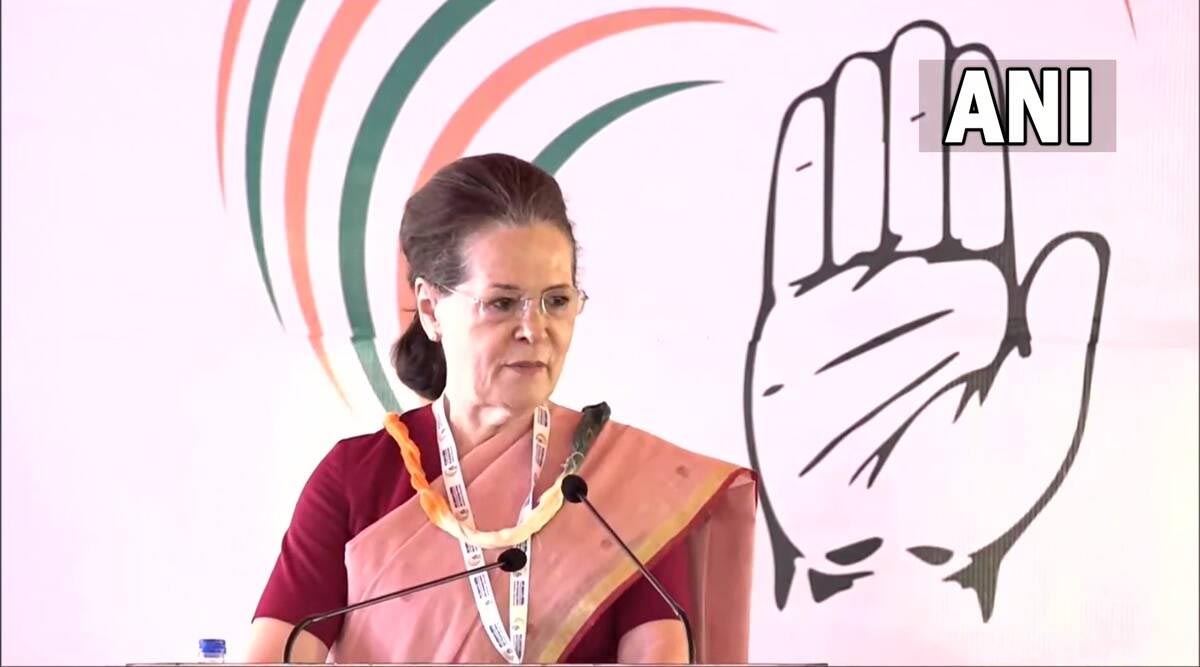 Udaipur: Congress chief Sonia Gandhi on Friday launched a blistering attack on Prime Minister Narendra Modi, charging that it has become clear that his mantra of 'minimum government, maximum governance' means keeping the country in a permanent state of polarisation, "brutalising" minorities and "threatening" political opponents.

In her inaugural address at the party's 'Chintan Shivir' here, she urged delegates to deliberate with an open mind and send out a clear message of strong organisation and unity.

She said the Shivir is also an occasion to deliberate on the many challenges ahead of us and bring organisational changes.

It is both 'Chintan' about national issues and meaningful 'aatmachintan' (self-introspection) about our party organisation, she said.

Gandhi charged that it has become painfully clear what Prime Minister Modi and his colleagues really meany by their frequently used slogan of maximum governance, minimum government.

It means keeping the country in a permanent state of polarisation, compelling people to stay in a constant state of fear and insecurity. It means viciously targeting, victimising and brutalising minorities who are an integral part of our society and equal citizens of our republic, she charged.

It means using our societies age old pluralities to divide us and subverting a carefully nurtured idea of unity and diversity. It means threatening and intimidating political opponents, maligning their reputation, jailing them on flimsy pretexts using investigative agencies Gandhi further alleged.

She urged party leaders to keep the organisation above personal ambitions, saying the party has given us a lot and it's time to pay back.

Noting that changes in organisation are the need of the hour, she said, We need to change the way of our working .