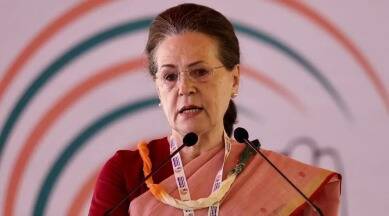 She was admitted to the hospital on June 12, days after she tested positive for COVID-19 on June 2.

Ramesh had said earlier that Gandhi was admitted to the hospital after profuse bleeding from the nose following a recent Covid infection.

She was immediately put under treatment and underwent a follow-up procedure on June 15, he said.

"A fungal infection in her lower respiratory tract was also detected upon admission. She is currently being treated for it, along with other post-Covid symptoms," he had said on Friday.

Gandhi, 75, was scheduled to appear before the Enforcement Directorate (ED) in a money laundering case on June 8 but had sought more time from the probe agency in view of her Covid infection.

The agency has issued a fresh summons to her for appearance before it on June 23.