Rahul Gandhi to Reappear Before ED for 4th Round of Questioning Today, Cong Announces Nationwide Protests 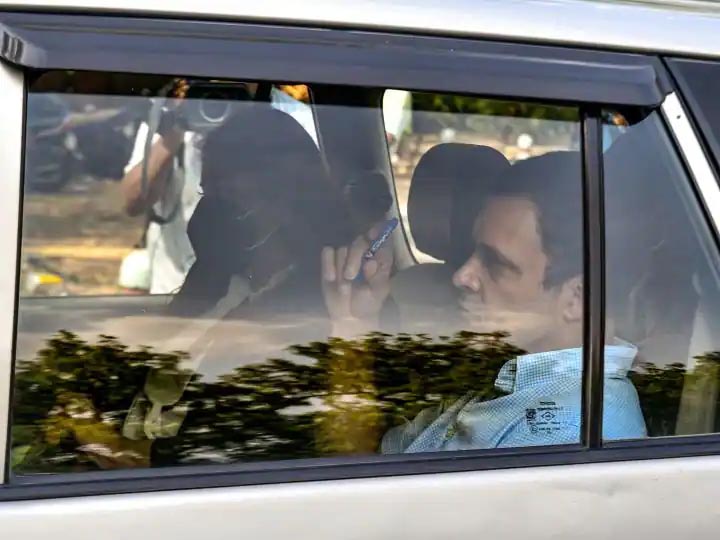 Rahul Gandhi to Reappear Before ED for 4th Round of Questioning Today, Cong Announces Nationwide Protests

New Delhi: Congress leader Rahul Gandhi is scheduled to appear before the Enforcement Directorate (ED) for the fourth day questioning on Monday. The ED had last week allowed postponing the questioning of the Congress leader to Monday owing to his mother Sonia Gandhi’s hospitalisation.

Gandhi, however, has been questioned for almost 30 hours in three consecutive days. The Congress leader is being questioned by the probe agency in connection with a money-laundering case related to the National Herald-Associated Journals Ltd deal.

According to a report in India Today, the questions mostly relate to the functioning and finances of Young Indian Private Limited, where Gandhi not only holds 38 percent shares but was also appointed as one of its directors on December 13, 2010.

Earlier on Sunday, Rahul Gandhi launched a scathing attack on PM Modi over protests against the new military recruitment scheme and said by repeatedly giving false hope of jobs, he has forced the youth to walk on ‘Agnipath’ of unemployment.

He also said 16 crore jobs were to be given in eight years, but the youth only got knowledge on “frying pakoras".

“False hope of jobs, the prime minister has forced the youth of the country to walk on the ‘Agnipath’ of unemployment," Rahul Gandhi said in a tweet in Hindi. “In 8 years, 16 crore jobs were to be given but the youth only got knowledge on frying pakoras," the former Congress chief said.

Meanwhile, the Congress said lakhs of party workers across the country will hold peaceful protests on Monday against the government’s “vendetta politics" in targeting Rahul Gandhi.

A delegation of Congress leaders will also meet President Ram Nath Kovind to bring to his notice the alleged manhandling and harassment of party MPs by the Delhi Police during their protests against Rahul Gandhi’s questioning by the Enforcement Directorate in a money laundering case.

Separate delegations of Congress leaders have already met Rajya Sabha chairman and Vice President M Venkaiah Naidu and Lok Sabha Speaker Om Birla and have sought action for violation of the rights of MPs and asked them to treat the same as privilege notices. The Congress had put up strong protests against the ED’s questioning.

The police had imposed prohibitory orders in central Delhi and the Congress leaders were detained for violating the restrictions. Stepping up its attack on the Centre, the Congress on Sunday held a ‘Satyagraha’ here in support of those protesting the government’s Agnipath scheme.

Rahul Gandhi had appealed to party leaders and workers not to celebrate his birthday on Sunday. In a message to them, he had said Saturday night that the youngsters of the country were anguished and protesting on the streets and the Congress workers should stand with them.